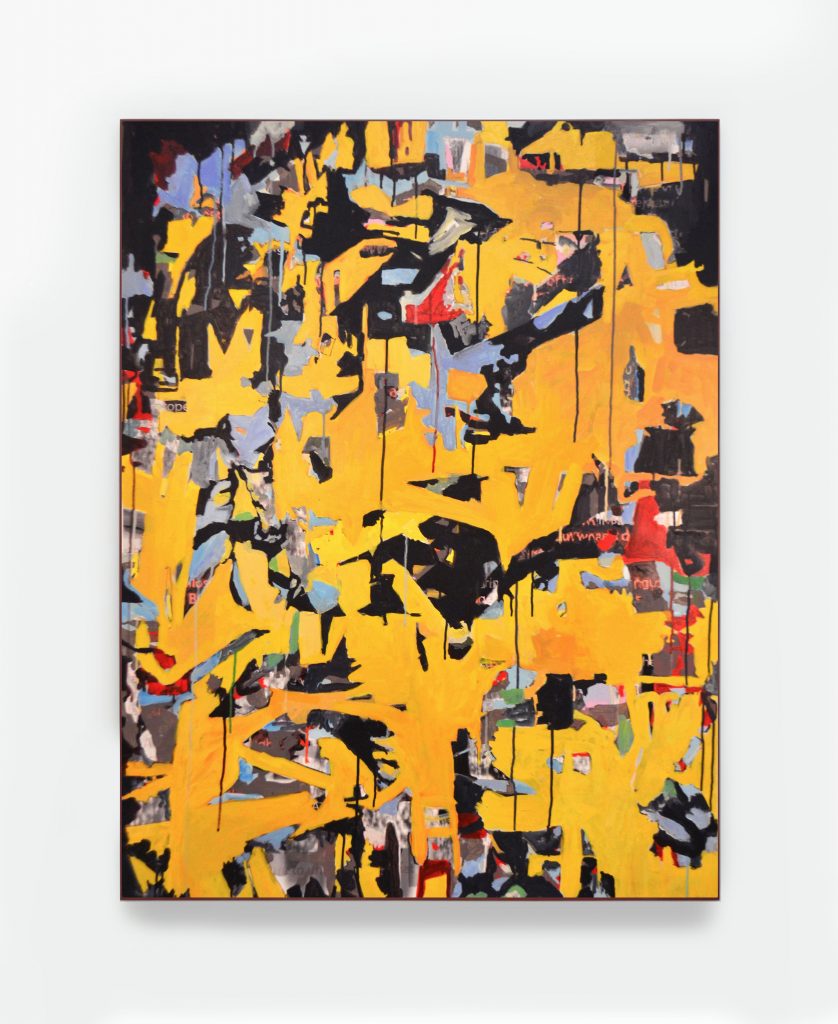 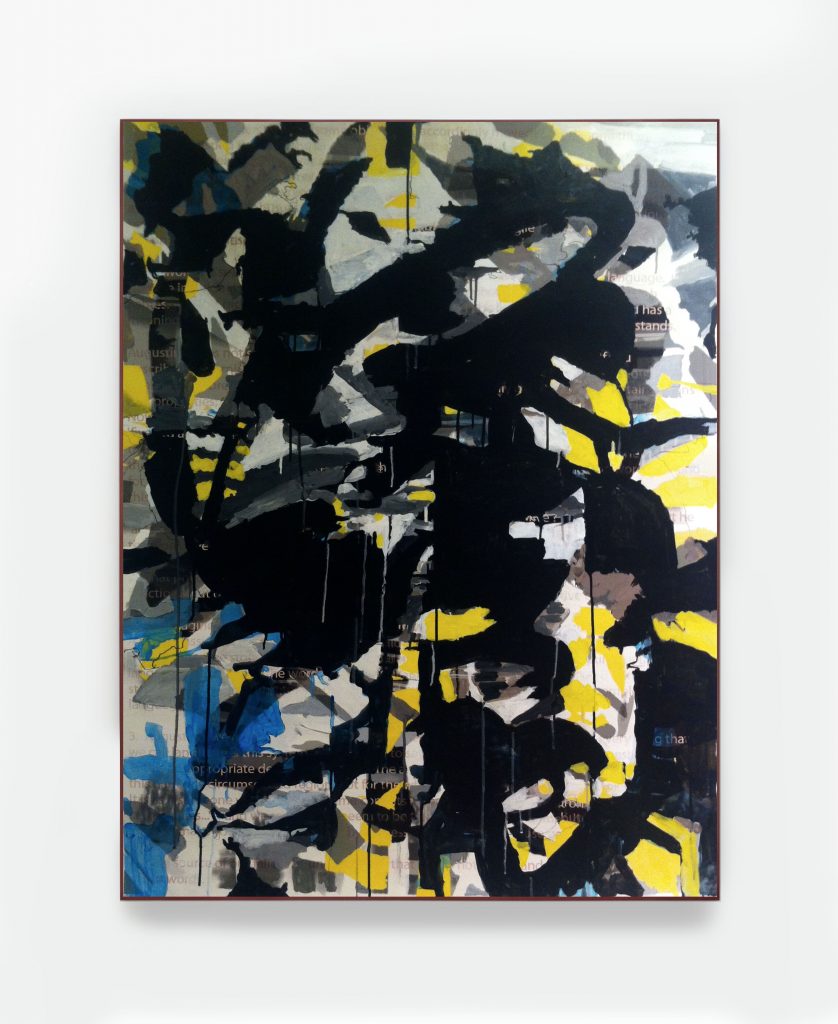 Bat Dance In the Summertime 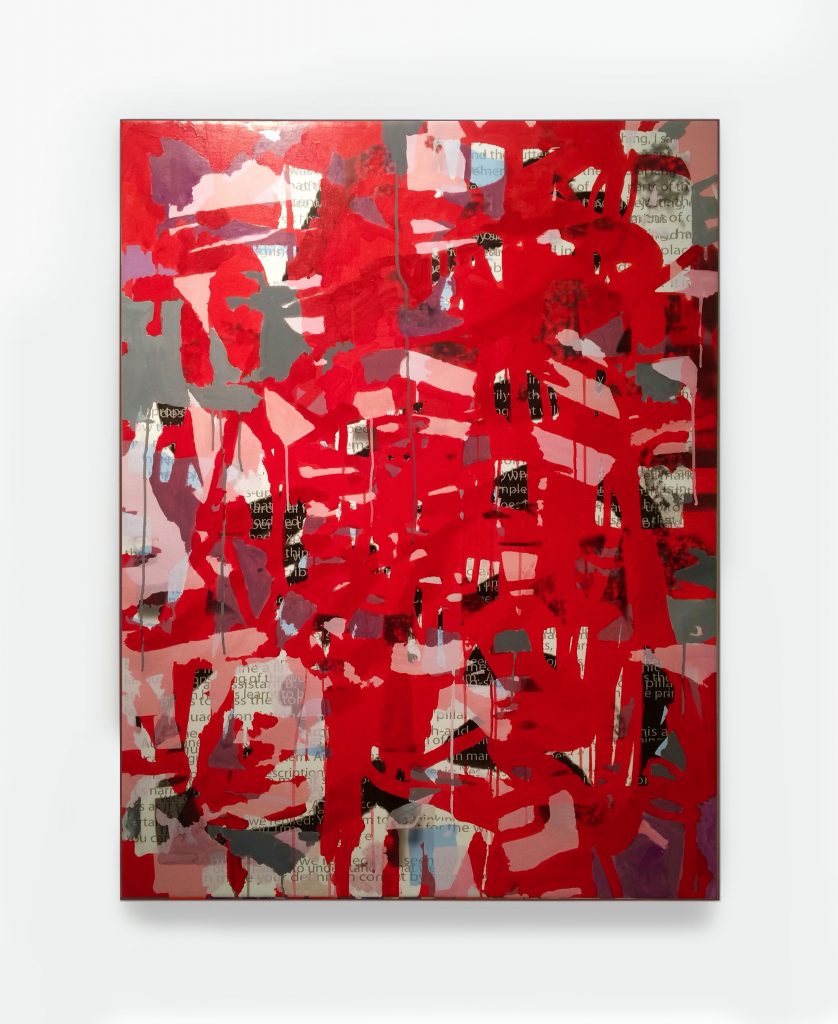 Rose Is Red In The Dark Too 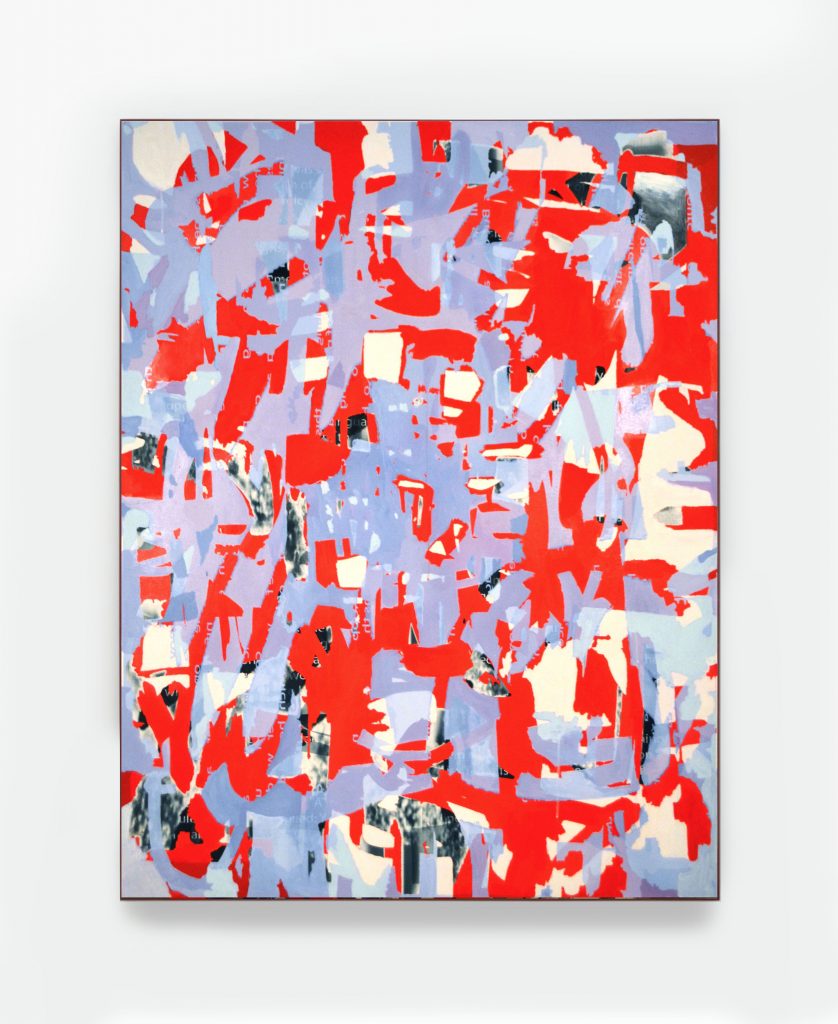 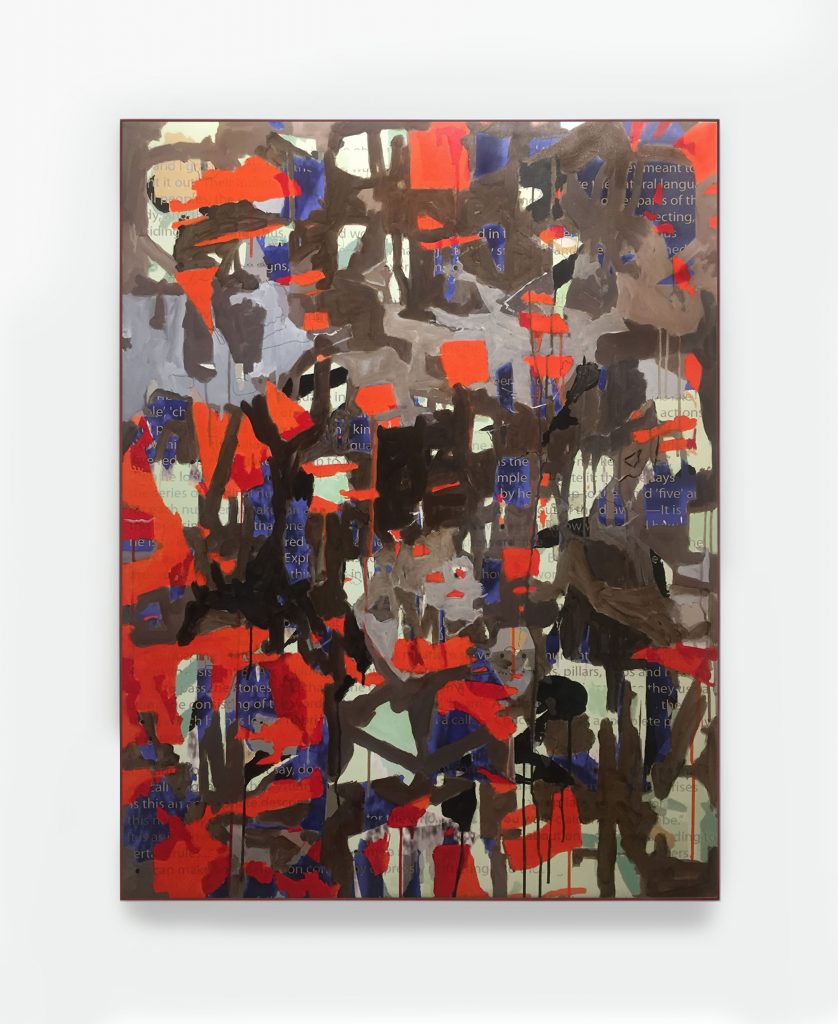 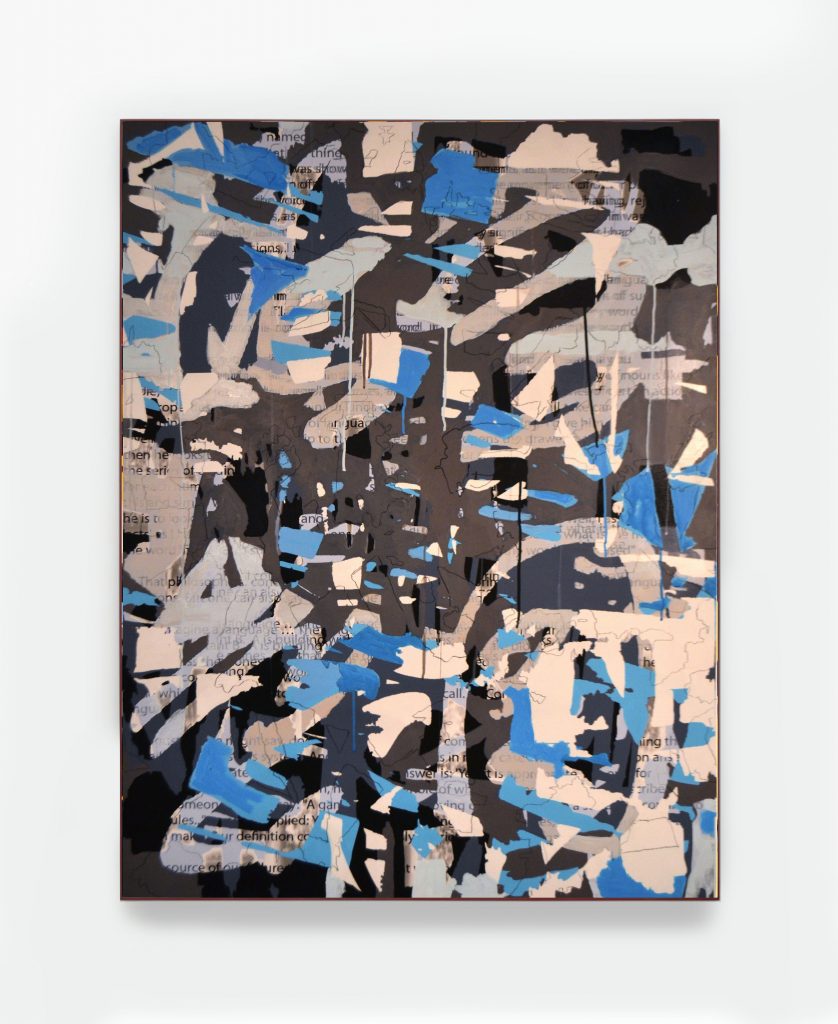 Look At That Marvellous Blue, Forget About The Shape, 2015 Acrylic and inkjet print on canvas (36 x 46 in)

Look At That Marvellous BLue Forget About The Shape

The series of paintings, titled, Image, Text and Unmeaning, fuses digital process and traditional brush painting using a process I would like to term, digital expressionism. The underpainting of the word (mostly hidden), Whalja Jedo, originating from Chinese/Korean language, can be construed as a drawing or an image made of letters(text). This self reflexive word, (as in handwriting, written word, printed text, text, calligraphy, etc.) comprised of four characters, (separated individually, carrying more extensive meaning) is first drawn with a brush, then digitally manipulated, then is printed onto canvas, and finally painted over further obscuring the initial text image with layers.

The English text under-painting is the select lines out of Ludwig Wittgenstein’s Tractatus Logico-Philosophicus and Philosophical Investigations, providing another layer of text purposely obscured, in English; it purports to address the ever extensiveness of language while at the same time limits of language. This very precise word is rarely used or known in its own cultures, which in itself isn’t uncommon, however unlike the western alphabet based languages, the components(characters) that make up a word having multiple and varied meaning and use became an instrument for the series of paintings.

While the free-hand ink-brushed form of the word addresses the boundless possibilities in the art of handwriting itself (as it invokes my childhood experience in Korea learning calligraphy with brush and ink), the work is also revealing contradictions within its own process; The gestural manipulation of its own word image, the digital interpretation of the image that negates the previous hand, then further contradicting the previous step through painting over; Perhaps also the desire to reinterpret the word’s meaning by exhausting possibilities in a visual form exposes its futility, at the same time, the process itself of saying nothing can be quite extensive.

These variations of images breeding from the same source, a word, effaced and exposed randomly corresponds to Wittgenstein’s family resemblance analogy, where the meanings of words cross over and share with each other a resemblance not particular of one thing, but randomly.