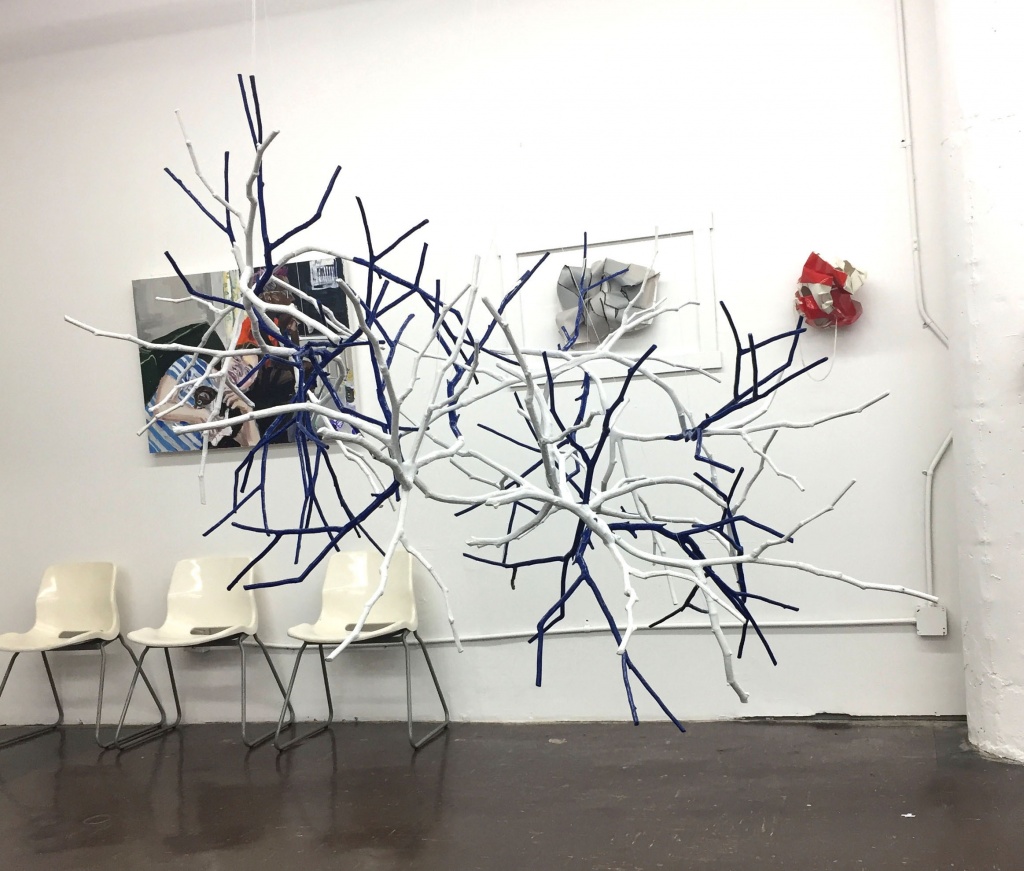 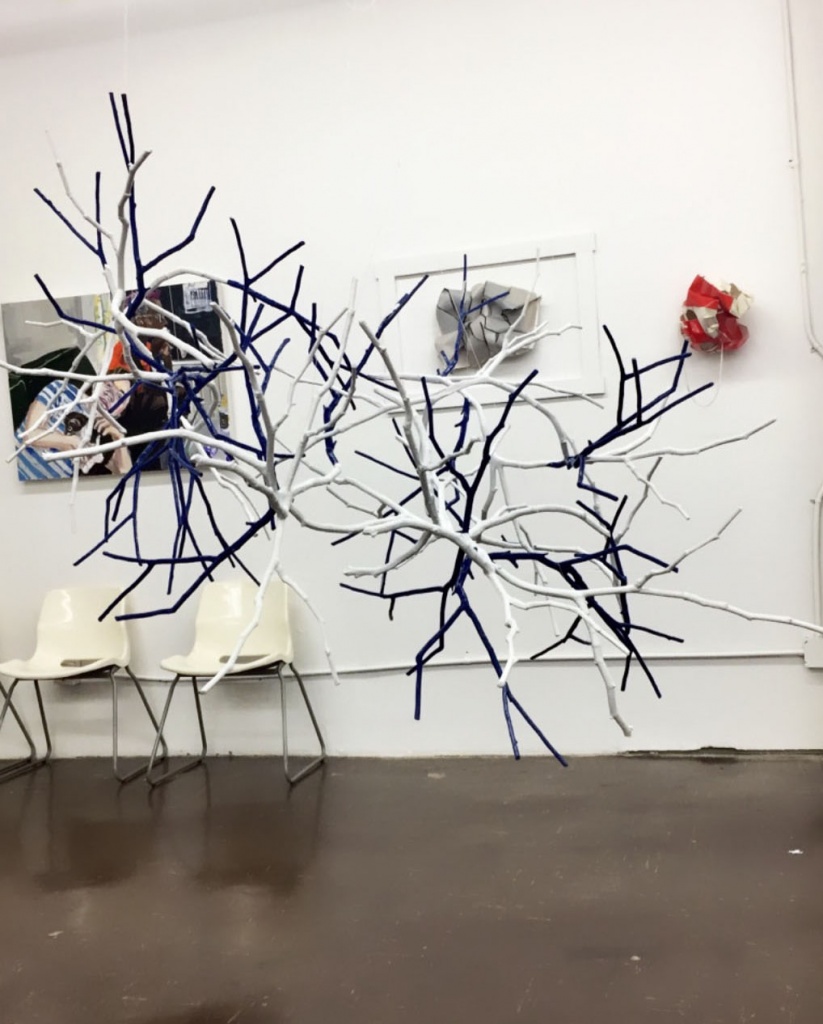 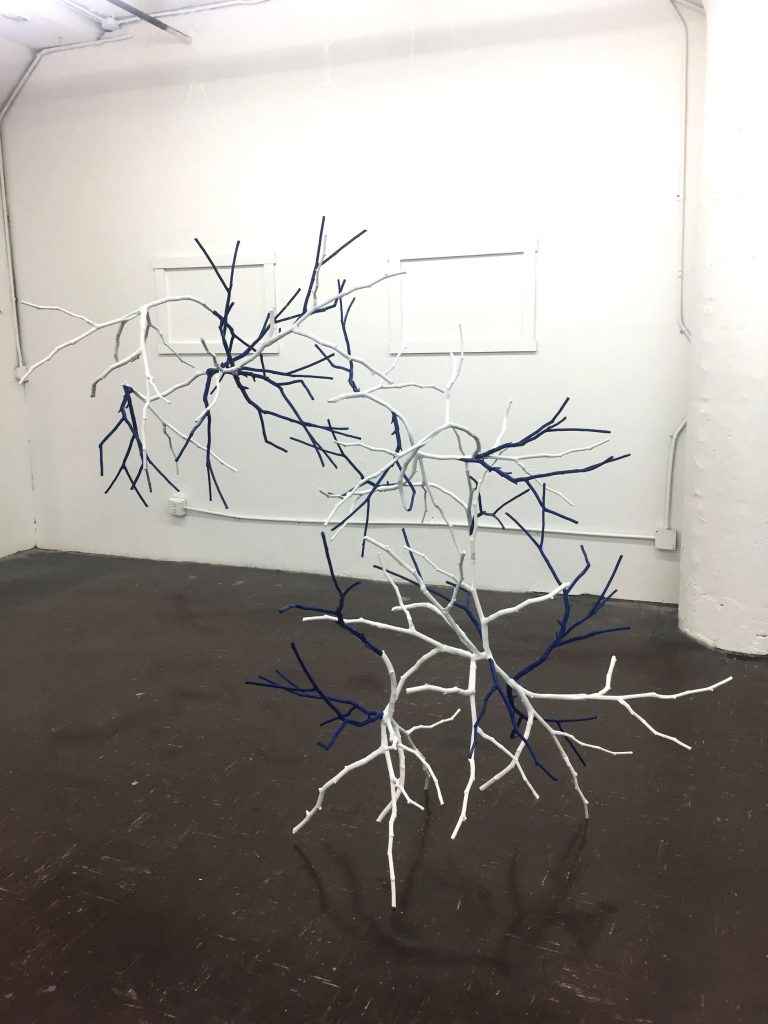 Taking from the famous statement by pre-Socratic philosopher Heraclitus (of 465 BC), “Man can never step twice into the same river” describing the flux of the ever changing world where nothing repeats itself in nature of the universe, I wanted to see what it would look like if nature did repeat itself.

Duplicating two tree branches each containing two twigs into multiples by casting them, then rearranging and fusing them to artificially create random order is basically a modular sculpture oddly still resembling branches of a tree. The blue and white signifies the river and the shimmering reflections of the sky, two colors purportedly giving the viewer a clue of the entire sculpture being made of only two branches repeated multiple times.

And while it appears to be imitating nature, the same size of the branches in a mass conceals which part came first; as opposed to trees in nature where the bottom is heavier and bigger that indicates to us the bottom branches came before the top branches, to carry the weight (for the earth’s gravity), therefore able to parent newer and smaller branches and as they grow out, bear smaller twigs and so on. This sculpture paradoxically wants to stop the direction of time (i.e. entropy and the second law of thermodynamics) by stagnant multiplication of the same branches, but by the fake disorderliness of arrangements it mimics entropy in its appearance.

This tree also addresses “random fractals” in its self-similarity as in Brownian Tree which happens at the same scale. And lastly, the sculpture also flirts with the notion of the theory of entanglement in quantum physics, where subatomic particles can exist in two places at the same time without any cause or signal that connects the two (of course in this case the particles/mass are physically connected)-which leads to multiverse hypothesis; a topic that seems to have propagated outside of scientists’ arena for decades; Neils Bohr’s once stated that science is not a study of nature but study of nature that is available to our observation. I wonder if in fact there were duplication of nature around us that we just may not have the capacity to perceive, and if so what purpose would they serve, if at all…